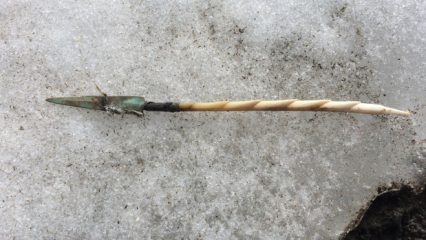 Archaeologists travelling with a documentary crew have discovered a nearly 1,000-year-old hunting artefact, half exposed in a remote patch of ice near Carcross, Yukon, North-West Canada. 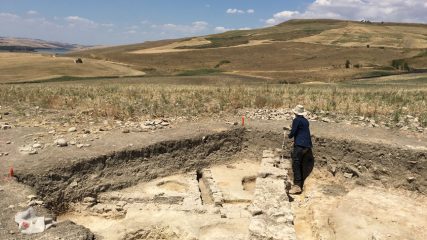 Archaeologists investigate lead production and use in the Roman Empire to determine how it affected and could have poisoned the Roman society. 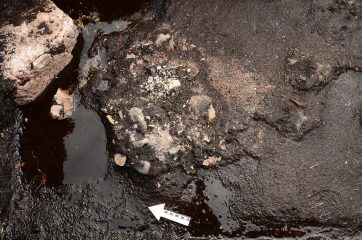 Researchers have uncovered various remains at the small 2000-year-old enclosure at the Groswater site near Bass Pond, Port au Choix, in Canada’s Newfoundland. 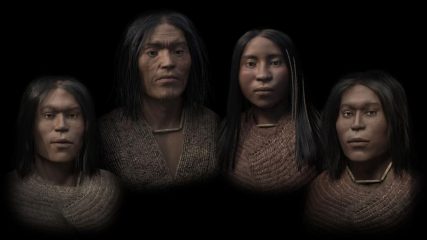 Researchers have reconstructed the faces of a family of an ancient chief that were buried together 3700 years ago in a shell midden with thousands of stone beads at the shore of the Salish Sea, British Columbia, Canada. 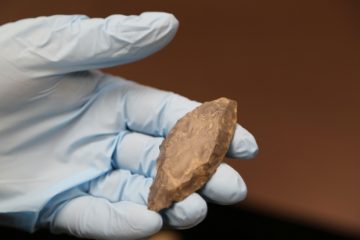 Archaeologists discovered stone tools along Route 8 near Fredericton, New Brunswick, Canada, which date to 12700 years in the past. 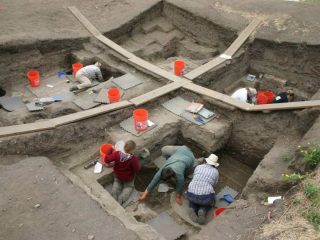 Archaeologists discovered a pithouse at Bridge River in the Fraser Canyon, British Columbia, Canada, which was occupied for 1500 years with three periods of abandonment – latest after the late fur-trading period from 1835 to 1858. 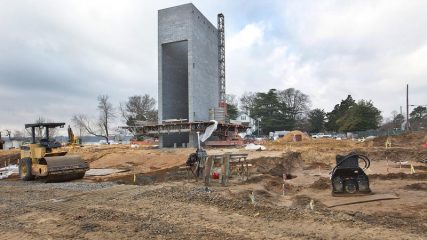 Archaeologists discovered caches of American Revolutionary War artefacts at Gloucester Point, Virginia, United States of America. Excavations were conducted prior to construction of a new Virginia Institute of Marine Science.

Archaeologists discovered remains of a hunter camp in a small cave in Bluefish Caves in northwestern Yukon, Canada, that contained a jaw bone of a now extinct Yukon horse. The surface of the artefact was covered with cut marks and it was dated by radiocarbon to 24000 years ago. 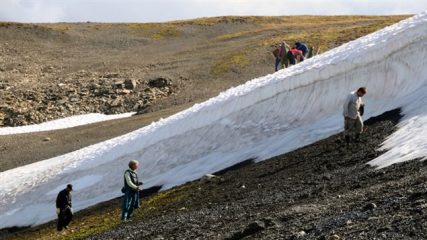 Canadian archaeologists are surveying high alpine pastures in the Selwyn and Mackenzie Mountains of the Northwest Territories (Canada) in search for archaeological sites revealed by melting ice. 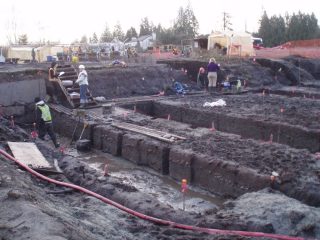 Excavations prior to a road-building project in British Columbia, Canada, discovered a wetland-gardening site in Pitt Meadows. The site dates back to 1800 BC. 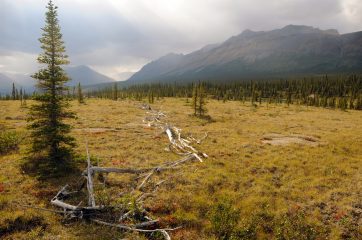 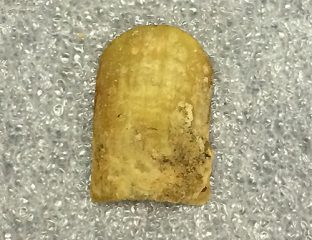 Chemical analysis a nail found in a remote grave of a member of the ill-fated expedition of Sir John Franklin, John Hartnell, found on Beechey Island, revealed zinc deficiency in the body of the deceased. 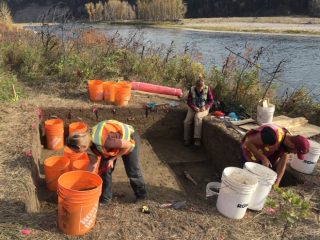 The flood in 2013 that occurred in southern Alberta, Canada, caused the local government to conduct a program to preserve artefacts in affected areas. As a result, archaeologists studied sites unearthing items such as tools and bison bones at the banks of the Bow River, East of Calgary. 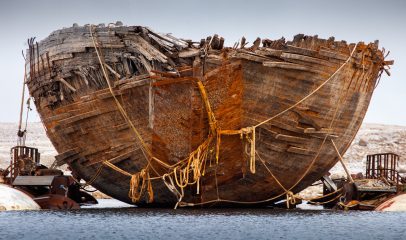 After six years of work, Norwegian researchers lifted The Maud, the ship of Arctic Explorer Roald Amundsen. The ship trapped in ice in Nunavut, North Canada, since 1930, is now prepared for a trip home to Norway. 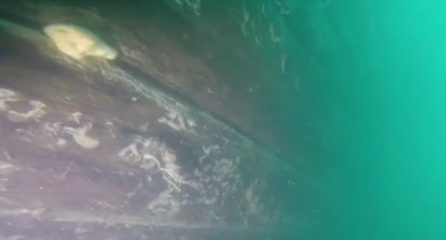 In 2014 the HMS Erebus was discovered. One of two ships of the ill-fated mission to discover the Northwest Passage linking the Atlantic and Pacific Oceans, led by Sir John Franklin in 1845. Now, the second ship, HMS Terror, that sailed under the command of Captain Francis Rawdon Moira Crozier, has been discovered. 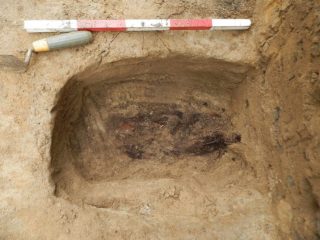 Construction workers unearthed 19th century burials just 40 centimetres beneath the ground in downtown Montreal, Canada. Over 40 burials were discovered at a site that is believed to be an abandoned protestant cemetery. 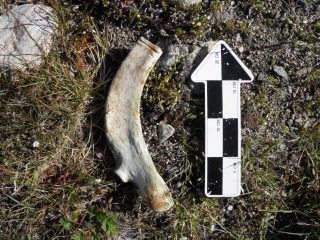 Excavations of the remote site of Qaiqsut, north of Baffin Island, in north-eastern Canada’s Nunavut region revealed numerous artefacts that belonged to the proto-Inuit Thule culture. The site consists of a a sod house located in Sirmilik National Park at an area that slowly erodes into the Atlantic Ocean. 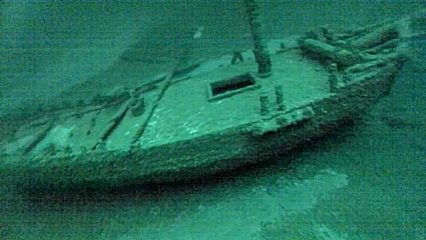 A team of three underwater explorers from New York discovered a ship on the bottom of Lake Ontario in North America’s Great Lakes region. The wreckage was identified as a 200-years-old sloop “Washington” that was built in USA and owned by Canadians. 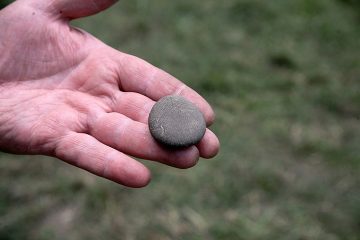 Archaeologists investigating an area located in British Columbia in Canada discovered a deposit containing shells, animal bones and other items that indicate the site of human settlement. Among them 80 tablets and pebbles with images were documented. 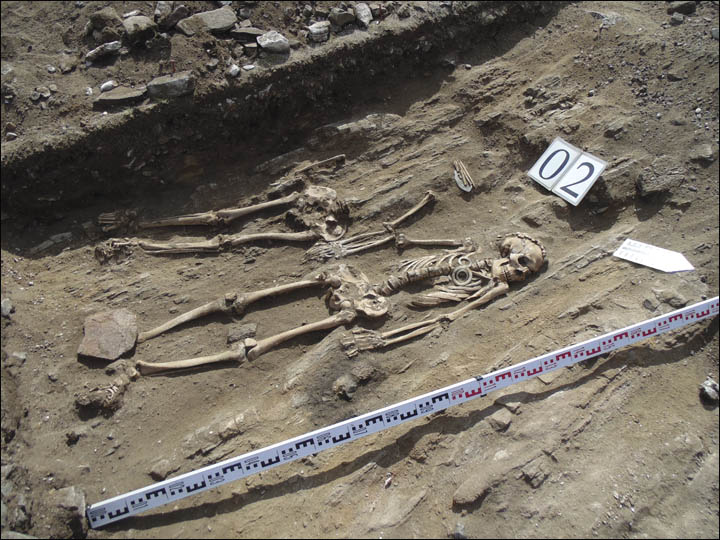 A Bronze Age burial discovered at a cape on Maloe More near Chernorud at Lake Baikal in Russia revealed an ancient couple of an elderly man and his wife or concubine.