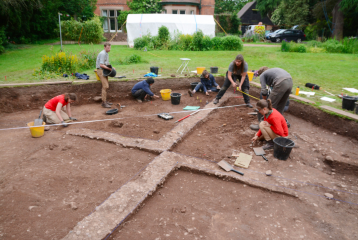 Archaeologists uncovered new artefacts at the site of the Viking winter camp at Repton, Derbyshire, United Kingdom, dating back to the 870s. 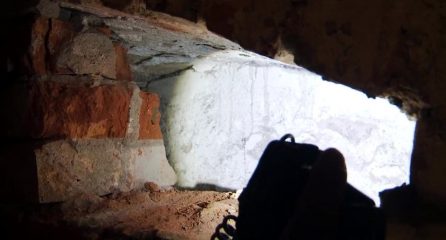 Researchers from the Polish Institute of National Remembrance started their investigation at the Victoriaschule building in Gdańsk, North Poland, where Polish citizens were detained and murdered by Gestapo in 1939 and the communist regime secret police in 1940s-50s. So far they found walled up and filled in corridors in the basement. 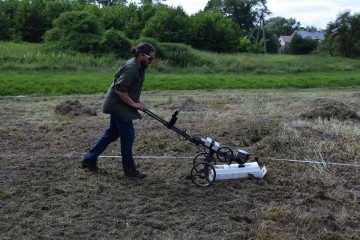 Archaeologists conducted a non-invasive survey with use of a GPR (ground penetrating radar) prior to start of a new season of excavations in Sierpc aimed at uncovering the remains of a Medieval castle. 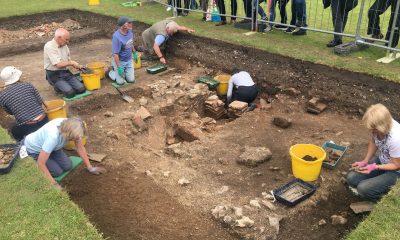 Remains of foundations of a luxury Roman bath house was discovered by archaeologists under public park in centre of Chichester, United Kingdom. 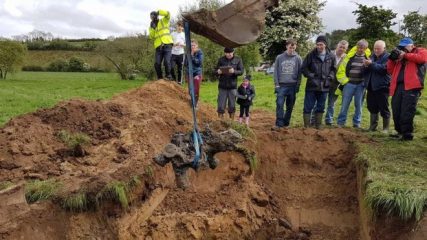 Archaeologists were able to unearth remains of a RAF Spitfire airplane that that crashed into a field in in Figullar, Emyvale, Ireland, in 1942. 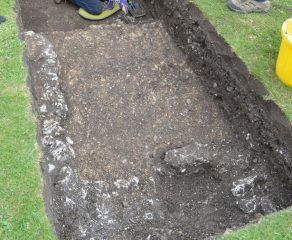 Archaeologists discovered remains of three 1600-year-old Roman buildings under a city centre park in Chichester, United Kingdom. The discovery was made following results of ground penetrating radar (GPR) survey made back in 2015. 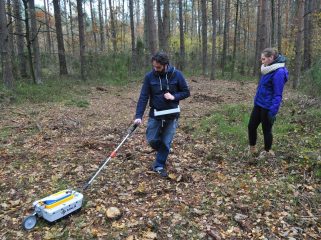 Geodesists using non-invasive survey equipment carried out measurements at Treblinka, one of the German concentration camps from World War II in Poland. The Nazis levelled the are of the camp and planted it with lupin trying to conceal its secrets. 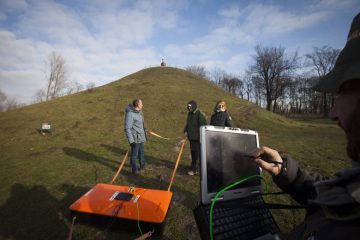 Archaeologists and geophysicists conducted non-invasive survey over the Wanda Mound in Nowa Huta, near Kraków, Poland. The survey was a part of a larger project of investigating the structure of the mound and its origin. 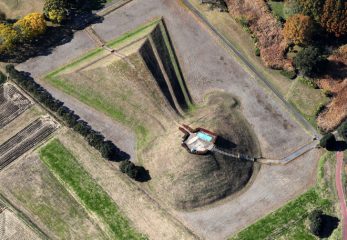 Archaeologists discovered a hidden chamber in the late 5th-century Inariyama burial mound in Gyoda, Saitama Prefecture, Japan. Experts wonder who was buried inside. 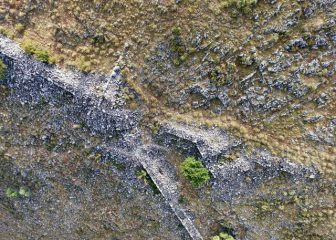 Archaeologists conducting non-invasive research on and around the Strongilovoúni hill on the great Thessalian plain, northern Greece, registered features that allow for identification of the architectural remains near the village of Vlochós as of an ancient city. 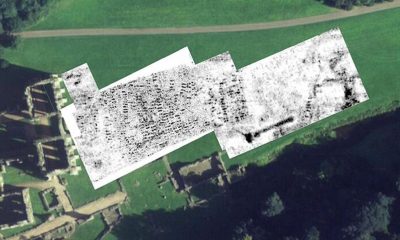 Archaeologists conducting prospection with Ground Penetrating Radar at Fountains Abbey, North England, were able to discover the graves of more than 500 Cistercian monks and lay brothers. 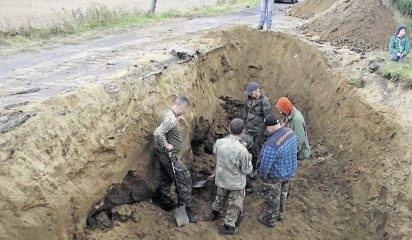 A team of detectorists and explorers discovered remains of a Panther tank left by the Germans during World War II. The discovery was made near Chrostkowo in North-Central Poland. 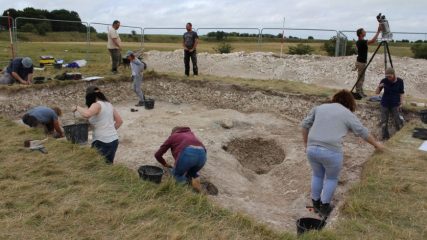 Archaeologists conducting excavation at a Neolithic site at Durrington Walls discovered that the site was possibly surrounded by timber posts and not by standing stones as previously thought. The 4500-year-old site and located in the vicinity of Stonehenge. 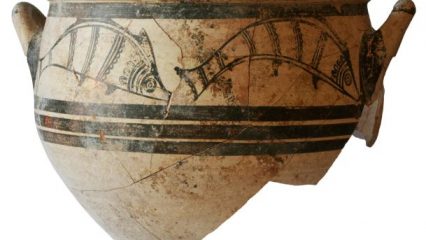 Archaeologists excavating a Bronze Age city in Cyprus discovered a tomb containing a treasure of Egyptian scarabs, diadem, exotic luxuries and pearls and earrings set in gold. The site of Hala Sultan Tekke is dated to 1500 BC.