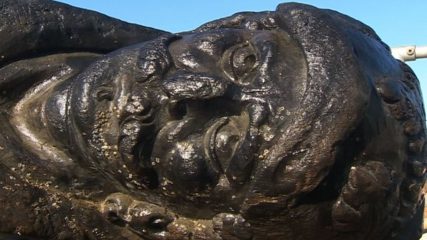 The identity of the shipwreck discovered in a sand and shingle bank outside Poole Harbour, Dorset, southern England, was revealed 4 years after its ornamented rudder was raised from the seabed and underwent successful conservation. The so-called Swash Channel Wreck was found to be a Dutch merchant vessel named The Fame.