Archaeological works at a recently discovered remains of a building, dated to the beginning of the 20th century, revealed another portion of artefacts and new architectural details of the structure. The discovery and recent finds are connected with the newly built boulevard along the Vistula river in Poland’s capital, Warsaw. 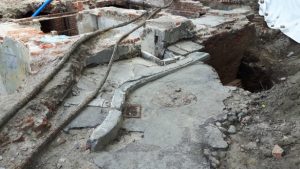 Archaeologist, conducting research at the remains near the Bednarska street, informed that among the new finds are such object as pieces of pottery, ceramic tiles, fragments of floorings and wall decorations. Numerous vessels, such as bottles and jars were also found. Newly unearthed part of the structure also revealed  parts of a staircase with remains of a railing. 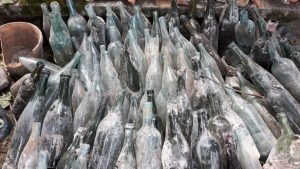 The construction works are bound to be finished in a year. So far the fate of the artefacts is unknown, but they may be deposited in the Museum of Warsaw.