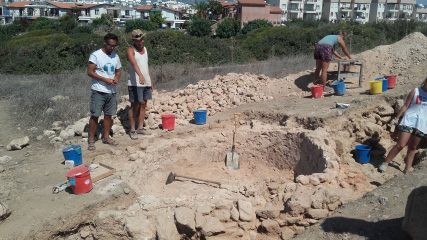 Polish archaeologists unearthed remains of buildings by the agora of Nea Paphos, ancient capital of Cyprus and uncovered the layout of streets in the city. 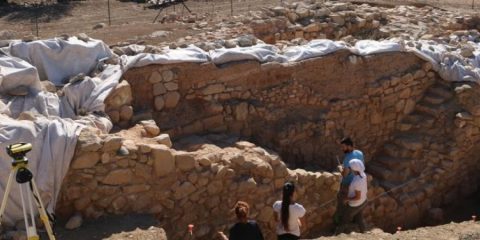 Archaeologists unearthed remains of an ancient rampart in Palaepaphos at Kouklia, Cyprus. The structure dated back to the 6th century BC.

A tomb raided in the past has been discovered in the ancient metropolis of Paphos on Cyprus. The tomb is one of six such features discovered by archaeologists in the area of Kato Paphos, dated to Greco-Roman Period between 300BC-300AD. The uncovered tomb contains decorated wall murals and contained important artefacts.